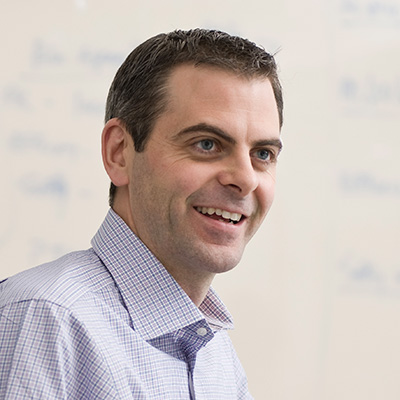 Co-Founder and Scientific Advisory Board Chairman

Co-Founder and Scientific Advisory Board Chairman

Marty grew up dreaming of becoming a doctor or a major league baseball player. The Orioles never called, but Johns Hopkins University did, and so he jumped at the chance. At Hopkins he also discovered a passion for chemistry and its interface with human health. So he next moved to Boston/Cambridge to pursue science and medicine in parallel at Harvard Medical School, Harvard University and MIT. He is now Professor of Chemistry at the University of Illinois at Urbana-Champaign. Marty’s lab is pioneering the development of molecular prosthetics, small molecules that serve as functional surrogates for missing proteins. To enable this research, he has developed a powerful Lego-like approach for making small molecules involving the iterative assembly of MIDA boronate building blocks, an approach that underlies Revolution Medicines’ product engine. Leveraging this platform, his group has synthesized, understood and/or improved a variety of complex natural products that perform protein-like functions. This includes discovering the mechanism of action of amphotericin B and an atomistic roadmap to improving its therapeutic index. 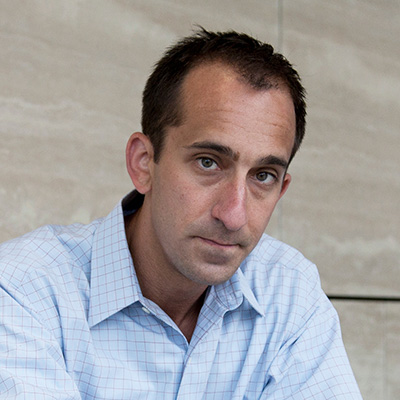 Michael Fischbach is an Associate Professor in the Department of Bioengineering at Stanford University and a Stanford ChEM-H Institute Scholar. Fischbach is a recipient of the NIH Director's Pioneer and New Innovator Awards, an HHMI-Simons Faculty Scholars Award, a Fellowship for Science and Engineering from the David and Lucille Packard Foundation, a Medical Research Award from the W.M. Keck Foundation, and a Burroughs Wellcome Fund Investigators in the Pathogenesis of Infectious Disease award. His laboratory uses a combination of genomics, microbiology, synthetic biology, and chemistry to study microbiome-host interactions and construct synthetic microbiomes with defined functions. Fischbach received his Ph.D. as a John and Fannie Hertz Foundation Fellow in chemistry from Harvard in 2007. Fischbach is a member of the board of directors of Achaogen, the scientific advisory board of NGM Biopharmaceuticals, and a co-founder of Revolution Medicines. 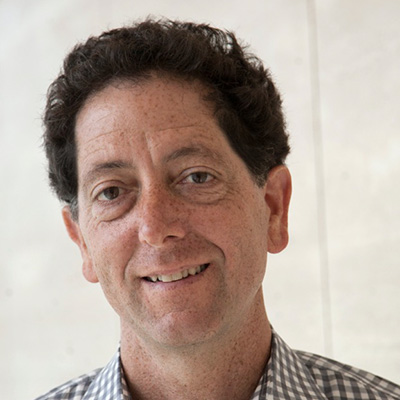 Kevan is a pioneer in the development of chemical methods for investigating cellular signal transduction pathways—with a particular focus on protein kinases and lipid kinases. His laboratory uses a combination of chemical synthesis and protein engineering to create uniquely traceable and regulatable kinases, allowing the function of more than 100 different kinases to be uncovered across all disease areas including oncology, metabolism and infectious disease.

Kevan has received numerous awards for his work, including being named a Fellow of the Pew Foundation, Searle Foundation, Sloan Foundation, Glaxo-Wellcome Foundation and the Cotrell Foundation. He has also received the Eli Lilly Award, given to the most promising biological chemist in the country under the age of 37.

He is a founder of Intellikine (acquired by Takeda) and Cellular Genomics (acquired by Gilead), co-founder of Araxes Pharmaceuticals, eFFECTOR Therapeutics and Mitokinin, LLC and a scientific advisor at Kura Oncology. 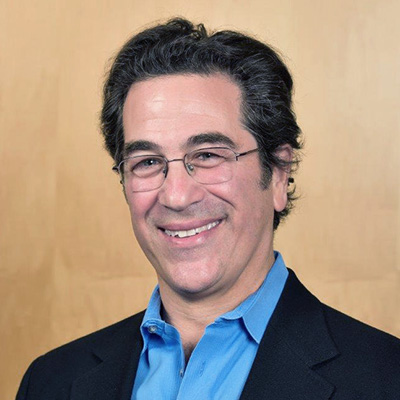 Julian has received many awards, including the 2012 Warren Alpert Foundation Prize for his role in the discovery and development of bortezomib, the 2012 C. Chester Stock Award Lectureship from Memorial Sloan-Kettering Cancer Center, and the 2001 Ribbon of Hope Award for Velcade® from the International Myeloma Foundation. He is an inventor on more than 40 patents and has authored over 100 papers and book chapters in peer-reviewed journals.

Trever is a professor at the University of California, San Francisco and a medical oncologist with a Ph.D. in cell and molecular biology. He maintains an active academic clinical practice and leads a basic and translational research laboratory focused on cancer genetics, precision medicine, and the molecular basis of targeted therapy response and resistance. Trever’s research has led to the discovery of several mechanisms of resistance to EGFR-targeted therapy, BRAF- and MEK-targeted therapy and ALK-targeted therapy in lung and other cancers.

Trever is the recipient of numerous awards including the NIH Director’s New Innovator Award, the Pew-Stewert Scholar Award and the Searle Scholars Award, the Doris Duke Clinical Scientist Development Award and is an elected member of the American Society for Clinical Investigation.

Trever attended the New York University School of Medicine where he received his M.D. and Ph.D. 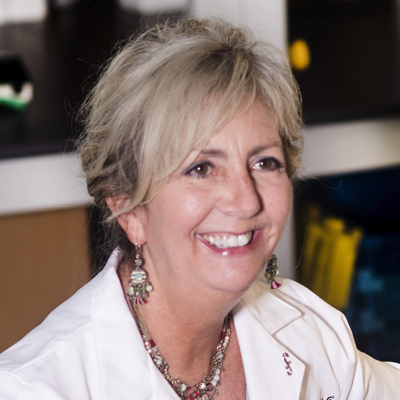 S. Gail Eckhardt is a tenured Professor, inaugural Director of the Livestrong Cancer Institutes, Chair of the Department of Oncology, and Associate Dean of Cancer Programs at the University of Texas at Austin’s Dell Medical School. Prior to joining UT Austin, Dr. Eckhardt was at the University of Colorado School of Medicine, where she was Division Head of Medical Oncology, Associate Director for Translational Research at the University of Colorado Comprehensive Cancer Center and Director of the Phase I Program and Fellowship. Dr. Eckhardt has served on numerous committees and study sections, including the ASCO Molecular Oncology Task Force, the ASCO Board of Directors, the FDA Oncology Drugs Advisory Committee, and the National Cancer Institute (NCI) Cancer Centers Study Section. She is a member of the NCI Investigational Drug Steering Committee and serves on 11 external advisory boards of NCI-designated cancer centers, was a lead mentor in ASCO’s Leadership Development Program and currently is a member of the Board of Directors of the Association of American Cancer Institutes (AACI).

Dr. Eckhardt is the Principal Investigator on grants involving early clinical trials and colorectal cancer research, has conducted numerous phase I and II clinical trials and has published over 200 manuscripts. Her area of interest is in the preclinical and early clinical development of combinations of molecularly targeted compounds, with a laboratory focus on colorectal cancer. Dr. Eckhardt earned her undergraduate degree in chemistry from Stephen F. Austin State University and her medical degree from the University of Texas Medical Branch in Galveston. She conducted her internship and residency in Internal Medicine at the University of Virginia Medical School, followed by a post-doctoral research fellowship in Experimental and Molecular Medicine at Scripps Research Institute in La Jolla, California, and a fellowship in Medical Oncology at the University of California San Diego. 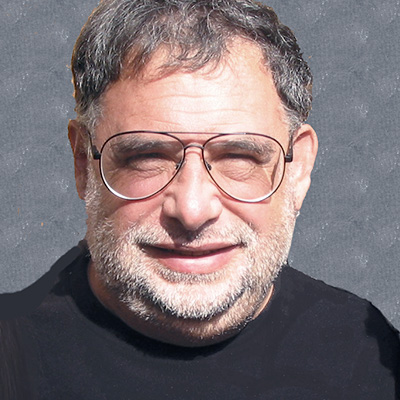 Eric's mother was very afraid of the chemistry set he received as a gift. "This must be powerful stuff," Eric concluded. Thus, Eric began a lifelong love affair with chemistry, drug discovery and chasing innovation.

Eric became a well-known medicinal chemist, senior drug discovery executive, biotech entrepreneur, venture capital investor, science-stage biotech consultant and consulting Stanford professor. He now has 40 years of overall experience in the biotech/pharmaceutical industries, which includes 10 in biotech startups and 11 in venture investing. He has had close involvement in the discovery/development of five approved drugs (plus three in Phase 3 development) and has participated in the founding/co-founding of five companies, two of which were sold to big pharma.

Eric is an accepted authority on medicinal chemistry, antibiotic/natural product chemistry and creating drugs through enzyme inhibition. He has authored more than 200 scientific manuscripts and U.S. patents, and portions of three books, including editing a comprehensive book on combinatorial chemistry. He is the senior author of two manuscripts, which during 1994-1996 were the most frequently cited chemistry papers in the world. For the 32-year period 1975-2007, these two papers were the number two and three most cited papers to appear in Journal of Medicinal Chemistry.

In 1997 he was elected a Fellow of the American Association for the Advancement of Science (AAAS). He received his Ph.D. and M.S. in medicinal chemistry from the University of Wisconsin in Madison and conducted postdoctoral work at Yale University. Eric is also a practicing artist who had his first exhibit in 2016. He is a lifelong Yankee fan, but is old enough to have attended Woodstock, the Beatles concert at Shea Stadium in 1965 and the 1968 Democratic Convention in Chicago. 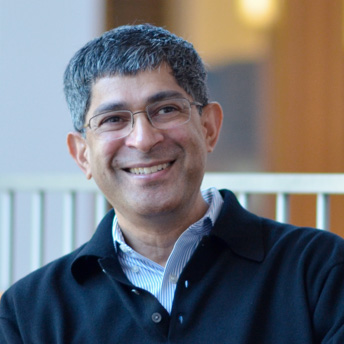 John is a professor of biochemistry and molecular biology in the Department of Molecular and Cell Biology at the University of California, Berkeley. He is a Howard Hughes Investigator, a member of the National Academy of Sciences, and was elected a Foreign Member of the Royal Society, London (2015). John’s research focuses on the structure and mechanism of the enzymes and molecular switches that carry out cellular signal transduction.

John is the recipient of many awards, including the 2005 Richard Lounsbery Award, US National Academy of Science and the 2009 Merck Award, American Society of Biochemistry and Molecular Biology for his contributions to structural biology. He is an academic founder of Nurix Pharmaceuticals and a member of the advisory board of Carmot Therapeutics and Amgen, Inc.

John received his B.S. from Juniata College and his Ph.D. from the Massachusetts Institute of Technology.